A series of posters were unveiled today by the Abbey Line Community Rail Partnership as part of their 'Whats on at the end of the line' campaign to encourage local train travel where possible when visiting local events and attractions along the Abbey line route. As well as, to support the #Daysoutbyrail national campaign.
The posters were design by artist Nicky Thompson, Lemondrop Creative and features local landmarks along the Abbey Line train route. The posters will feature at the stations soon but for now can be seen at selected Watford Town centre digital boards this week. 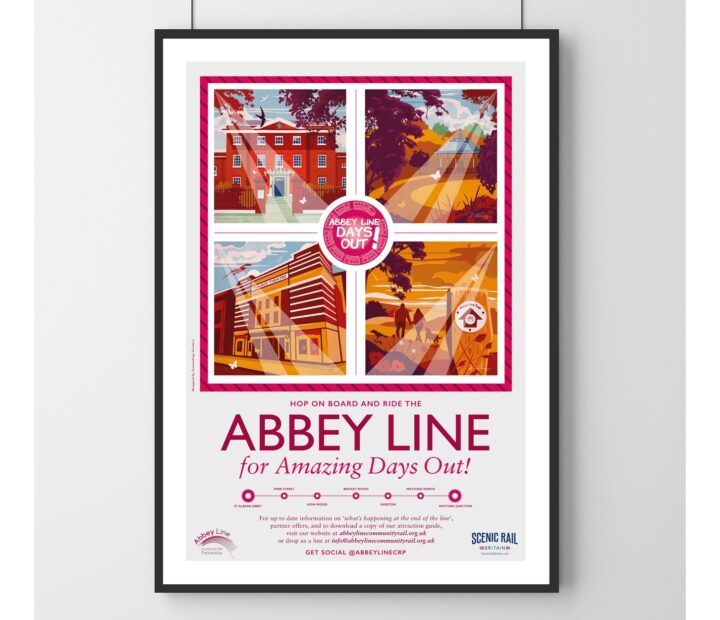 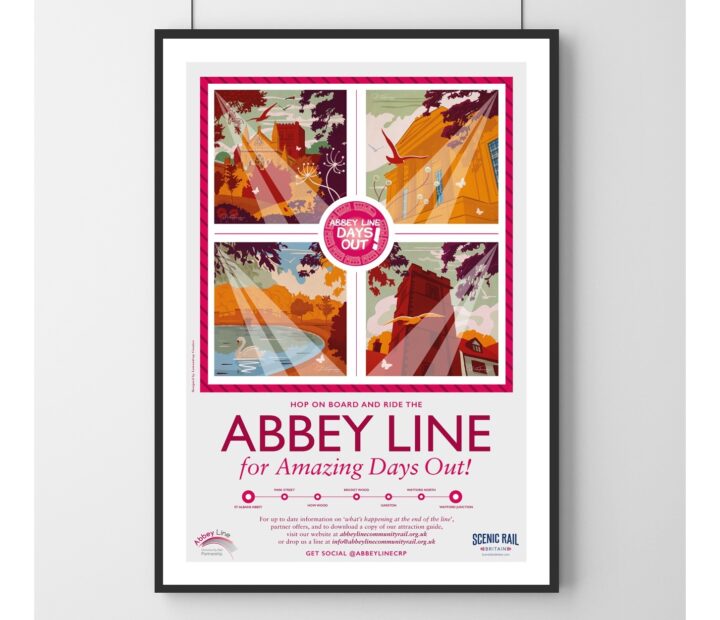 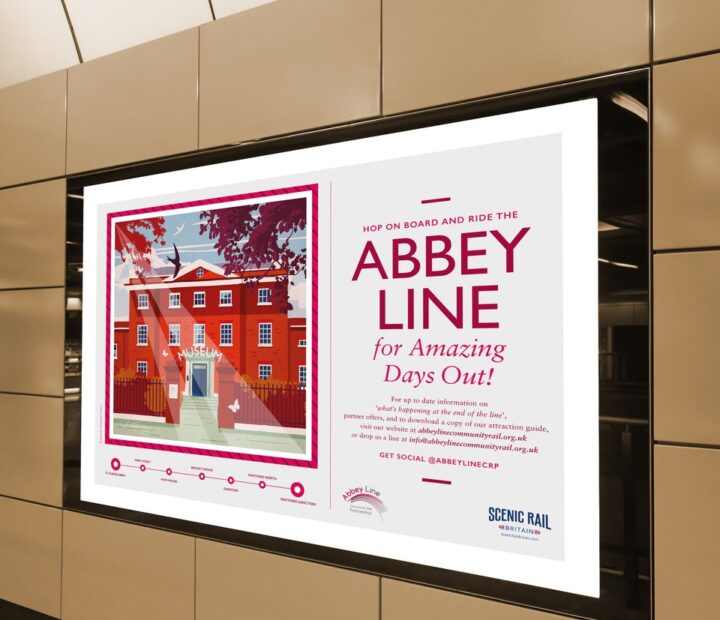 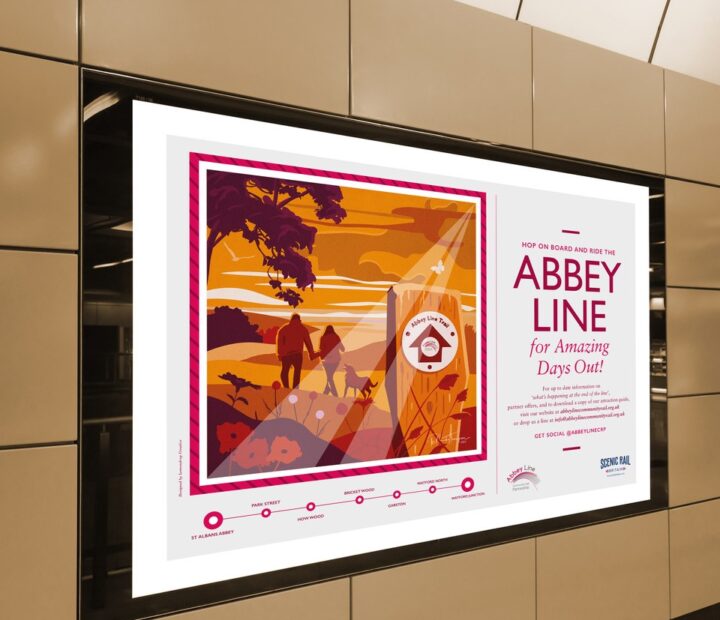 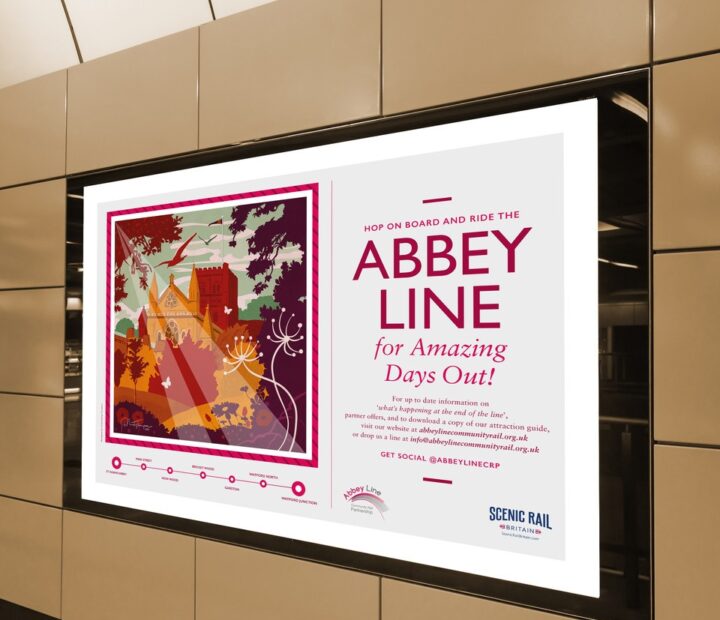