The Roman Mosaic and Hypocaust 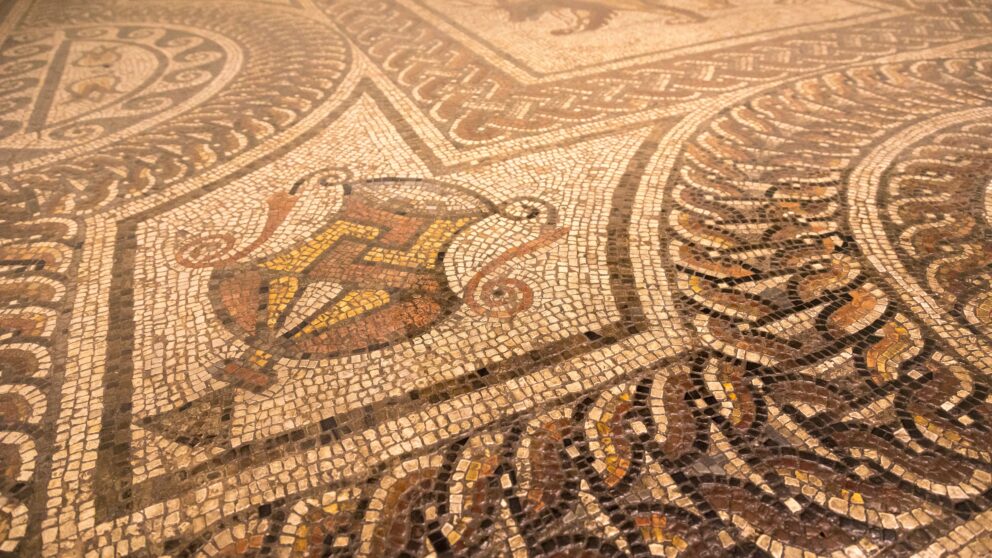 Exquisitely preserved and housed in a dynamic and exciting modern building in Verulamium Park, just a short walk from Verulamium museum.

This Roman mosaic is part of a suite of rooms in a large town house built around AD 200. The 1800 year old hypocaust and its covering mosaic floor were uncovered during excavations in Verulamium Park in the 1930s by Sir Mortimer & Tessa Wheeler. It was decided to leave these in their original Roman location, where they formed part of the reception and meeting rooms of a large townhouse. The preserved section was part of a suite that originally extended almost twice the surviving length of the room.

It opens up this part of our heritage to many more visitors and brings to life the scale and magnificence of a major townhouse from Verulamium. In an age when we are all used to the comfort of central heating, the Hypocaust Project displays one of the first heating systems to be installed in this country.

A short walk from here is Verulamium Museum, an impressive history of Roman life in Britain.